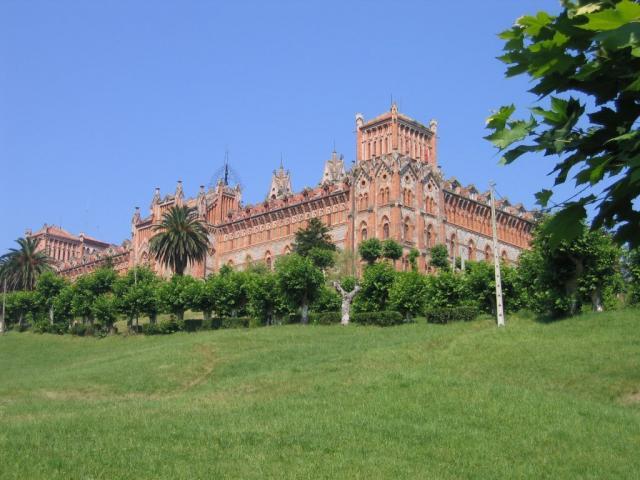 Homework: Write your own Slice of Life

Next Reading Assignment: Slices of Life

You have to read these 8 very short stories and choose your favourite:

They all come from Paul Auster's project "True Tales of American Life", after which I developed my own project "Slices of Life"

Blue in the Face

I tell you about Lou Reed, and a couple of days later he dies...

Read the short story "Hills like White Elephants" and answer the following questions. We'll discuss the story on Nov 5
1.- Where and when does the story take place?
2.- Could you describe the characters?
3.- What is the story about? Does it have a plot?
4.- How would you describe the style in which the story is written?
5.- A “white elephant”, apart from its literal meaning, is an idiom which refers to something considered as a waste of money, something that requires much care but provides little profit, such as a very expensive train line or a very expensive and under-used cultural complex. By extension, it is something of little or no value. Why do you think the writer chose this title?
6.- Who do you think wrote this story? Why?

She was waiting for this meeting for five long months, since they had met by Internet. She was really charmed by him, dreaming about long romantic walking…
- Hello, Steve!
- Hi, Mary, you are so beautiful… Will you help me?
She nodded and turned round his wheelchair towards the park…

May was a womanizer bee. One day, he was flitting from one flower to another. Suddenly, a clever woman tried to hit him but fortunately he escaped. The beehive plotted to sting her but she spread her house with honey and the bees died stuck. ‘Revenge is sweet’ she laughed.
Mónica Martínez Medina NEVER AGAIN

Robert was frustrated because his son never obeyed him. He always had to remind him to do his homework and to pick up the car toys of the bedroom. ‘Why is the car rolling by the ground? Robert left from his home urgently. He had forgotten to put the handbrake!

Mr. Kiwi went out like every morning to give his morning walk. When he came to the corner of the fruit shop, unfortunately he saw a poster that said: "missing kiwi"; the photo coincided with his aspect. Mr. Kiwi was really astonished. When he entered to ask for explanations, everyone started laughing.

I thought that my honeymoon was going to be the most wonderful holiday that I had ever had. My mother in law paid us a romantic holiday in Venice; it would be fantastic. However, when we arrived there, my parents in law were there too. It was a surprise, how lucky I was!
A HOLIDAY ROMANCE by Jeremy Espino

• Hello Peter, How was your vacation?
• Oh so good, this was the best vacation of my life, I met the ideal woman: pretty, intelligent and lovely, she is perfect.
• Oh I am glad for you.
• But there is a problem, I can´t either call her or look for her.
• why not?
• I met her in summer, It was only a holiday romance. This is the law.

I had been choking deservedly, so after long minutes picking my nose desperately, I squashed and pressed with my thumb and my forefinger (from my left hand) a gelatinous snot, an obstacle for my breathing; nevertheless, I did ont taste it at all, but I could finally breathe again.

Screege had always hated Christmas. The Spirit of Past and Present Christmas appeared and tried to make him change. But he still hated Christmas. However, when the Spirit of Future Christmas showed him the future, he quickly changed his mind. He bought shares of shopping malls. Now he loves Christmas.
Publicado por Jesús Ángel González López en 1:17 6 comentarios:

"Smoke" is the film based on "Auggie Wren's Christmas Story" which you will be watching on Friday. You'll have to answer these questions after watching it:
- What are the differences between the film and the story? What has been added (or deleted)?
- Are the characters represented as you had imagined them?
- Is Auggie's photo project as you had imagined it?
- Do you think Auggie's story is true or a lie?
- Do you like the re-telling of Auggie's story in black and white at the end of the film? (you can read my questions to Paul Auster and his answers here:  http://issuu.com/jagonzal/docs/lfq_happy_accidents)
Publicado por Jesús Ángel González López en 1:43 1 comentario:

The text of the story is here: http://www.xtec.cat/~dsanz4/materiales/auggie_wren.pdf, and you can hear Paul Auster reading it aloud here: http://www.npr.org/player/v2/mediaPlayer.html?action=1&t=1&islist=false&id=4244994&m=4244995

- What are Christmas stories like?
- What is special about Auggie Wren's Christmas story?
- What do you think about Auggie's photo project? Can time be captured?
- Do you think Auggie's behaviour with the old lady is right?
- Should stories always be true? What's the relationship between art and reality?

How to make a presentation


This is a pretty good video about making presentations:
http://www.llas.ac.uk:80/resources/mb/2722

And here you have a very complete guide: